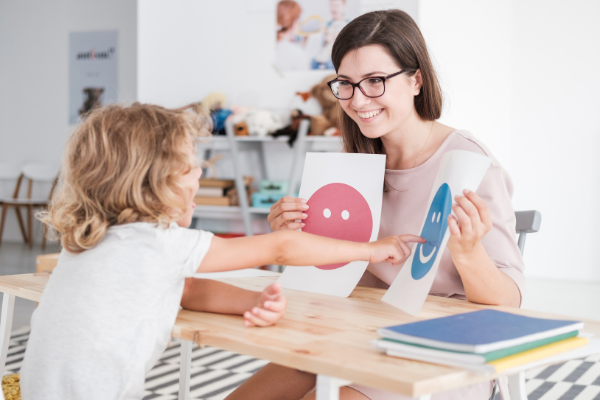 When my son turned one, he wasn’t talking. He would make a few sounds, but the words weren’t there. We attributed it to him being a boy, the second child and his older sister doing ALL the talking. I brought it up to his pediatrician and she wasn’t worried since he was meeting or exceeding all of his other milestones. She suggested we work with him and see what things looked like at 18 months.

18 months came and still no words. He didn’t show signs of any other developmental delays and again, the pediatrician took the “wait and see” approach. This was new territory for us, so we went with their recommendations.

When Joel turned two, he would say mama and make sounds for things, but still wasn’t talking. He found ways to communicate with us, but he was struggling. His struggles came out as frustration and he would act out by hitting his sister, biting, screaming or banging his head on the floor. At this point we started to wonder if there was something else going on.

His pediatrician once again, took the “wait and see” approach and said if there wasn’t improvement by three, he’d refer us to speech therapy. My husband and I were hesitant to agree to this, so I took matters into my own hands. I also had a conversation with my mother-in-law where she kindly and cautiously voiced her concerns and we also had some retired teacher friends also gave us some input on what to do.

Without the support of our pediatrician it was all on me. I took to good ol’ Google and ended up scheduling and in home evaluation with the Arizona Department of Economic Security’s Early Intervention Program. A social worker came to our home and evaluated Joel in a few different areas. The outcome was he was indeed behind in speech and, to our surprise, some other areas, but not enough to receive state funded services. He fell into a gray area that I later came to find out was more common than we thought.

Even though Joel was fine, I could not shake the feelings of guilt. He was the second kid, so I knew he didn’t get as much individual attention as his sister. I went through every decision I made while I was pregnant and wondered if there was something I could have done to prevent this. Was it the formula? Did I eat too much junk? Vaccines? Did we just not work with him enough? My mind went to very dark and crazy places and getting him help was the only way I could make it right and ease up on some of the mom guilt.

After the state evaluation, we were left to find private therapy. It took a few calls to our health insurance, and an extensive search for a provider in our area, but we ultimately found a provider that was contracted with our insurance company. They did their own evaluation and found he had two significant disorders (expressive speech and articulation disorders) and we started therapy the next week.

Within three months we had a different kid. Once he turned three, something clicked and he made leaps and bounds in speech. He could communicate not only with us, but others began to understand him, too. With the help of the therapist, we were even able to get him into a special education preschool program through our school district. He has an IEP in place with the schools and they will continue to provide school and therapy until kindergarten. In kinder he’ll be reevaluated and if he still needs services, they’ll keep his IEP in place.

We also got a new pediatrician.

I think the most important thing I learned was to listen to my gut. We knew early on that something wasn’t quite right with his speech and perhaps if we acted a little sooner we could have saved all of us some tears.

Our judgement felt clouded because our first born had the opposite of a speech delay, she was quite advanced. I wish we had done something a little sooner, but now everything has sort of fallen into place and we feel lucky to have figured out how to get him the help he needed.

If you are concerned about your child, speak up! I kick myself for not taking action sooner. If your pediatrician isn’t supportive, find a new one. There are actually a lot of resources out there for speech and other therapies, it’s just difficult to navigate all of the information. I found being persistent, asking questions and making phone calls (instead of emails) was the most helpful.

The state has great resources for families of all income levels and is a great starting point for anyone. That first evaluation is free and they will give you a good baseline to see what kind of help your child needs. Even though my son didn’t qualify for state services, they were helpful in letting me know where to go from there. 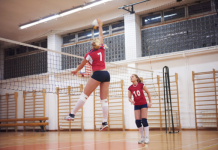 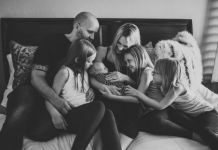 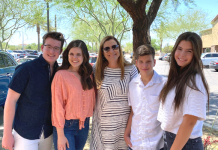 Kristen Anstey - August 18, 2021 0
Celebrating a child's birthday is something that we all tend to lean into, over-spend and over-plan. We just want it to be their best day...