I swear I blinked and five years passed. As I’ve been looking back on my time with East Valley Moms Blog there have been a few bang my head against a wall moments, but honestly it’s been a perfect chapter in my life. Farewell friends. It’s been one heck of a ride!

I have shifted and grown personally and professionally in ways that I would not have had an opportunity to do so otherwise. East Valley Moms Blog changed my life, but now it’s my time to say goodbye. I want to share a few things that I have learned over that last 5 years. It wouldn’t be an Erica post with out it loaded with gifs.

Everyone is Awesome
There might be some major personality differences but everyone I’ve worked with and met is awesome. Seriously, no joke every.single.one. It’ll be crazy weird not working in a group dynamic like this anymore.

Try even if you fail
If I had a dollar for everything I tried and failed at I would have lots and lots of dollars. If I hadn’t failed so hard on so many things I wouldn’t have found the solution or the thought “maybe this isn’t needed”. So many ah-ha moments that helped me realize it’s okay to fail.

You can teach an old dog new tricks
I’m not calling everyone dogs, but this saying is so true on so many levels. The amount of growth I have seen in everyone has been huge! I’m including myself in this. I’ve had to learn to be organized, patient, trust, delegate and how to create a title (creating titles is and will forever be the death of me)

You don’t have to be liked by everyone
My absolute favorite thing is seeing posts go live knowing they would probably be hated by almost everyone, and just knowing it would cause drama and the verbal fights that would happen on social media. Good times people, good times. Thank you for never letting me down. You make life so much more interesting.

Always, ALWAYS be yourself
I see that people shift to fit a certain mold and change who they are and that is pure crap. Take that garbage out and don’t even think of it again. Why would anyone want to be a replica of someone else? Being guided by someone is one thing, but trying to change who you are is another. Be yourself, whatever that self is. I am a black hearted, emo, nerdy, partier, laughs too loud, movie quoting, sarcastic, one of a kind doesn’t care what anyone thinks of her woman. I know that didn’t make much sense but you can take that to the bank.

Just go for it
The only reason I was ever a part of East Valley Moms Blog was because I took a chance and went for it. All the other things that happened along the way were because I did the same thing. My time is ending the same way too. Sometimes you just gotta look at yourself in the mirror with whatever decision you are trying to make and just tell your self, DO IT.

I will support the crap out of East Valley Moms Blog forever and ever. I am excited to watch it grow and change and continue to create great content and bring the east valley together. What an amazing whirlwind it has been. So long, farewell.

*cue Sarah Mclachlan – I will remember you* 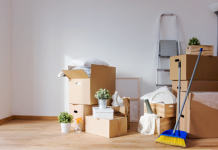 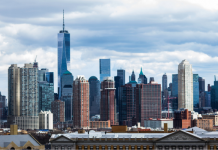 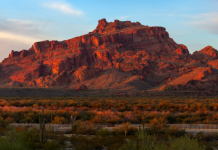 7 Reasons I love NE Mesa as a Young Mom