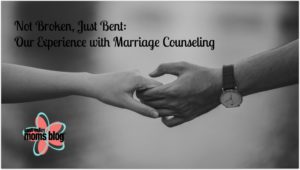 I have always considered marriage counseling as the necessary step people take before they ultimately get divorced. Just like so many other taboo topics, no one talks openly about it, it is joked about on TV and in movies, and I think most people (like my former self) consider the couples that seek it out as “doomed”. Then, for reasons I will explain further, we went to marriage counseling. I now consider counseling to be something even the healthiest of couples could benefit from. I also believe we need to start talking about it. Maybe if we get rid of the stigma, the shame, the guilt that surrounds therapy, more people would feel empowered to seek help. Marriage counseling is the single best thing we could have ever done for our relationship. So I am talking about it.

This is our story.

My husband and I have been together almost 19 years. We met and started dating in high school and have been an “us” ever since. That means we have spent more of our life together than apart at this point. We got married right after college, a decade or more sooner than a lot of our friends. Having essentially grown up together, we know each other to our very core – the good, the bad, the complicated and as such, our relationship has always been a constant source of stability and comfort for most of our lives.

So often we have heard that we are the example people look to when they think of a “happy couple” and have given our fair share of advice as the success story of high school sweethearts. Advice that included – remember your friendship, love what you love more than you dislike what you can’t change, laugh together. In part, I think it was this expectation of what people (ourselves included) thought we were that made it so easy to miss the signs that we were growing apart from one another. Never ones to have big fights, our issues usually came up from passive aggressive banter – ending in one person throwing their hands up and residing to be angry until some time passed and things went back to normal. The ebb and flow of a relationship, right? The good times always carried us through the bad and were the bad times even really that bad?

Until those good times became further and further apart. Life was happening but there was this tangible tension that followed us everywhere – you could sense it in the house, hear it in our voices when we talked about mundane things like bills or our work schedules, and felt it in the silence that filled our alone time after the kids were asleep. Our relationship as co-parents carried us through day to day life and probably also masked our issues.

We have never fought about our children and carry equal weight when it comes to their care so this common ground is what we clung to. But eventually we got to a point where if it didn’t have to do with our kids, we rarely talked, shared, laughed anymore. We still had those moments where a little glimmer of our past selves shown through, but we were both so emotionally tired at this point, it was hard to know if the old “we” existed anymore.

At one point, we realized maybe we needed to understand one another better so we explored the concept of love languages, taking the tests and talking about how we receive and show love. This information comforted my husband but it terrified me. On complete opposite ends of the spectrum, I did not understand how we made it this long being so very different. And could we both change after this much time together to better meet our emotional needs? To say I felt lost is probably an understatement. And this is where the idea of marriage counseling came in.

We needed guidance and help to understand what we should do from here. Thankfully, we were both willing to go so we found a counselor through a referral from a friend and scheduled our initial session. I thought this may bring me some encouragement – a step forward. Actively doing something about our issues. But instead I felt pretty resentful – this was another thing to add to my already full plate, nothing was going to change anyway (or so I thought), and I don’t like sharing my feelings with close family or friends…how was I supposed to open up to some stranger?

And then we went.

The initial sessions were surface level – an opportunity to get to know the counselor, share your history, identify what you view to be your issues. I cried at every one. Not because of what I was sharing but just the pressure to be open, vulnerable, exposed. A 20 minute drive from our house, I would fall asleep on the ride there every time – almost a defense mechanism in anticipation of what was to come. In the coming weeks we learned each other’s primary emotion (mine: anger, his: ambivalence) which were covers for our true attachment needs (mine: to feel valued, his: to feel worthy).

We discovered the negative cycle that takes place when we have conflict and why that makes every argument feel the same. Some weeks we laughed and came to our sessions with examples of how we diffused conflict together. Other weeks we came frustrated when it felt as though we had taken steps back and not handled things well together that week. At times we focused on my husband, a welcome relief for me where I could just share my feelings about his actions and have them validated. And other times it felt as though the spotlight was on me – forcing me to consider things differently than the stories I had been telling myself. At some point along the way, my resentment towards counseling was replaced with gratitude.

We had always preached to others that marriage was hard work – now we were actually living the hard work. Not just putting in effort when things were good. Doing the work when it wasn’t pretty. And that ever-present tension that hovered over us like a black cloud slowly disappeared. It comes back from time to time but we are better equipped to address it now.

What we originally thought of as a destination, we now know is a journey that we are going to be on for a while. We are still regularly meeting with our counselor and probably will be for the foreseeable future. Not because we have new, major issues popping up but because it is easy to fall back to old ways if you aren’t actively working on it. This commitment to us makes me so very proud of our relationship – not the relationship people think we have, but who we really are now and who we want to be for each other for the rest of our lives. But let me be very clear about something…we are by no means “fixed” because of counseling. We were never broken to begin with…just a little bent. 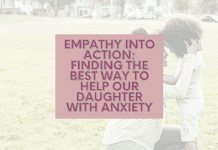 Empathy into Action: Finding the Best Way to Help Our Daughter with Anxiety 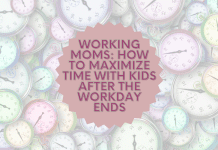 Working Moms: How to Maximize Time with Kids After the Workday Ends 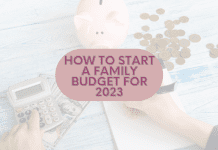 How to Start a Family Budget for 2023

Outdoor Activities for Kids: January Guide for Arizona Outside Play

East Valley Moms - January 30, 2023 0
Yes, we know kids need more time outdoors.  Yes, we're all trying to make the best of the cooler temperatures this time of year to...

What to do with Kids this Spring in the East Valley

The Chandler Multicultural Festival: Family Fun and Cultural Appreciation in Our...

ABOUT US
East Valley Moms is a locally-focused parenting resource for moms and families. Passionate about parenting and our community, East Valley Moms strives to connect area moms to relevant resources, local businesses, can’t-miss happenings, and most of all — each other!
FOLLOW US
© East Valley Moms© - 2023
Sister Site at City Mom Collective.