My husband and I had been dating a few months the first time I met his Grandmother. She had traveled over from Moscow and was in the United States for a few weeks. Babushka didn’t know much English at all, but I will tell you what, she sure knew more English than I knew Russian. When I knew that my husband was “the one” I also knew that it meant I would be part of a bilingual family. 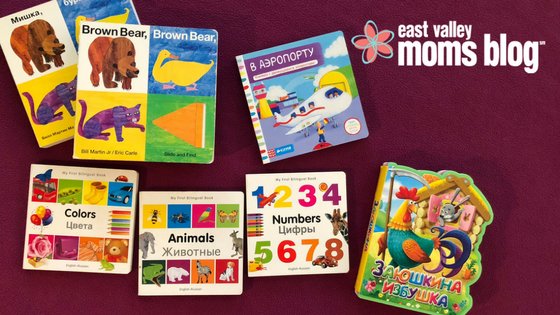 There are so many studies and articles (like this one here) that speak to the benefits of raising bilingual children. It’s easier for kids to pick up a language when they’re younger and additional information points to the incredible benefits to the brain in ways of preventing Alzheimer’s and dementia.

But what it’s really like raising bilingual kids? Here are a few things I’ve learned.

It’s not always easy. I hate to start this list with something negative, but I also want to be honest. It’s been hard for us at times, really hard. My oldest, who is four, is often embarrassed about knowing Russian. He doesn’t like when I talk to him in Russian in front of his friends. When he was little, I would obsessively remind his daycare teachers that he was bilingual, so that if they asked him about a color and he said “krasniy” instead of “red” that he might not be wrong, and just learning still. My husband speaks to our boys in Russian, and I speak to them in English. I don’t speak Russian very well yet myself, either, so sometimes when my husband says something to them — I have no idea what he is saying. It’s hard feeling disconnected from their conversation (I’m learning too, I promise!) and it’s even harder trying to be on the same page as my hubby when he’s giving them directions or asking them to do something in a language I don’t always understand.

Their language might be a bit delayed at first, but they’ll catch up. When my oldest was learning colors, he would say half of them in English and half in Russian. Those are just the names that he picked up. He eventually defaulted to saying all of the colors in English though. I remember that as a first-time parent, I was always so shocked at how vocal other 18-month-olds were until I realized that my son was a bit behind the rest of them. Our pediatrician had warned us that this might be the case, but she also assured us that their language would be back on track by kindergarten (and that it was still worth it for them). To be honest, though, I feel like our son was “caught up” by about three.

It’s essential to surround them with the language as much as possible.  We do our best right now to expose them to Russian when we can. I imagine that this might be easier if my boys were learning Spanish, but learning Russian here in Arizona is hard. There’s one Russian grocery store in North Phoenix that we venture to every couple of months. I remember so clearly when we went up there one time and someone spoke to my son in Russian, how shocked he was that someone else besides Papa was speaking to him in Russian. It’s good for them to know they’re not alone! I also have found a lot of Russian-English books on Amazon that we love. We also have a lot of Russian books that we have bought online or had delivered by my in-laws. We have the Russian alphabet (all 33 letters…) in refrigerator magnets, just like we have the English alphabet. I know that I should probably be better about trying to find more local Russian speaking families to further surround the boys too. The more that they are exposed to their second language, the more it will become a natural part of them.

The future is uncertain. I have heard from lots of people who learned a certain language growing up, but “don’t remember any of it” or who can “understand it, but not speak it”. I want to make sure that my boys can communicate with their family that still lives in Russia, and I want them to be able to speak to my husband in his native language. I hope that all of this effort isn’t for naught. I also worry about my two boys conspiring something in Russian that I won’t be able to understand. Not big things, but little teenager trouble making things.  Hopefully, this won’t happen, but hey, it’s a fear right now. My brain doesn’t seem to be absorbing this language as fast as they are. Learning another language is a beautiful skill, and I’m so grateful that, thanks to my husband, it’s a skill I am able to pass along to my boys. There are things I stress a lot about with having a bilingual family, but I know it’s all worth it. This story is to be finished. We will keep trekking and keep working towards helping these two fully learn the Russian language.

Are you teaching your kids a second language? What challenges are you facing? I’d love to know in the comments! 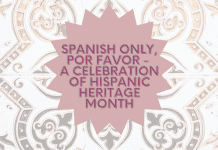 Spanish Only, Por Favor – A Celebration of Hispanic Heritage Month 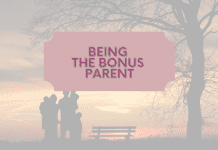 Being the Bonus Parent 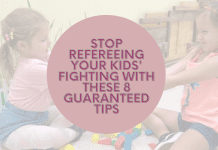 Stop Refereeing Your Kids’ Fighting with These 8 Guaranteed Tips