I remember the exact moment I knew I was pregnant with our second child. I was getting my daughter dressed in her first Halloween costume and realized my period was due on the 1st, but I was lacking in my normal PMS symptoms. I didn’t take a test until the next day, but just knew. Sure enough, that stick turned positive so fast and then I quickly did the math (better late than never, right?) and figured out my 11 month old would be 19 months old when her sibling came. We were definitely trying for this, but my personal goal was to be pregnant by the time she turned two and well, it happened before she even turned one.

Two under two. It’s an exclusive club and one I was eager to join, but also so unfamiliar with. We were the first of our friends to have one kid, now we’d have two. I come from a family with a four year gap, so my brother and I were never close as young kids. Thankfully my husband is only 15 months older than his brother, so he had first hand (sort of) experience and my mother in law has had some valuable tips along the way.

The months leading up to the birth of our son were filled with anxiety, panic, regret and some embarrassment. Family members with the “you know how to prevent that” comments or others that had to know if we actually planned this impending chaos. All of this coming from someone who just a few years before wasn’t even sure if she wanted kids, it was probably a shock to some people.

Fast forward to the first few months and it was an adjustment, but with the second kid, I was prepared for the “newborn haze” and quickly realized he was a lot easier to manage than my walking, talking, opinionated toddler. You can strap in an infant and they stay put. Toddlers don’t.

Aside from the sleep deprivation, the first 6 months were somewhat easy. Babies tend to sleep a lot, albeit on their own terms, but they sleep more than they’re awake. I made it a point to use his sleeping time to give my toddler the attention she was used to, shower if they were both sleeping or my husband was home and eat when she eats (sometimes even eat what she’s eating). I lucked out that my second liked to be worn, so he was attached to me whenever we were out or even around the house. Now when people ask what it was like, I just say it wasn’t chaos until they both became mobile. 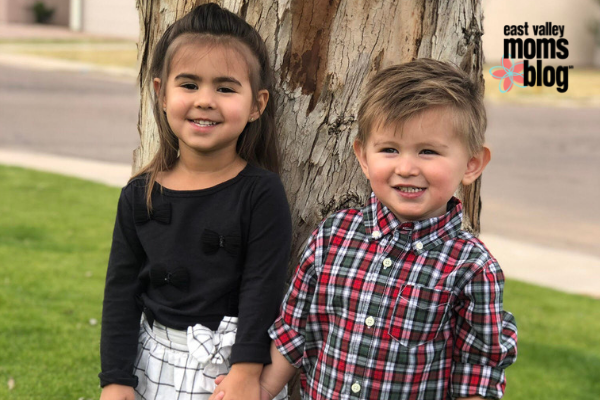 Today those two under two are four and two and a half. Looking back, the baby+toddler phase wasn’t anything compared to the life we live now. My youngest outweighs my oldest and is about equal height, prompting strangers to assume they’re twins. They run in opposite directions and I often wish I had a leash! Meal time is messy, there are A LOT of feelings and if one has something, the other most always wants it, too. They play together most of the day as long as I’m nearby with my referee gear to break up the inevitable fight. My oldest has naturally taken on the job of her little brother’s teacher and protector, often anticipating his needs or helping him with something before I have the chance to.

When asked what it’s like now, I just say “loud.” Some days I feel superhuman because I managed to keep two very active little people alive (and mostly happy) for a whole day. I know every age gap has it’s pros and cons, but for our family, this worked. We are now almost completely done with the days of diapers, bottles seem like a lifetime ago and now when I walk down the baby aisle, I feel relief that we don’t need all of that stuff anymore, instead of that familiar pang in my ovaries that always said “just one more.” Ask me again in two years, when I have two kids in school, no stroller, no diaper bag and maybe, just maybe, they are sleeping past 6 AM, and my answer may change, but “two under two” was totally worth it for us. 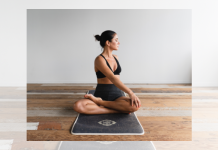 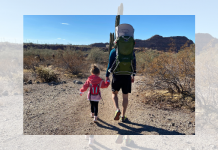 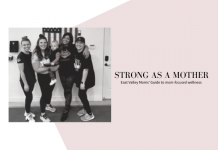