I had just turned 15 when I found out I was pregnant. Honor roll student, athlete, musician, pregnant! The day I saw those 2 lines on the test, I decided to have an abortion, but that night I woke up with a wet face and soaked pillow – proof I had been crying in my sleep and that abortion wasn’t supposed to be our path.

My mom started trying to find a school for me. The public schools weren’t keen on having a pregnant teenager and the schools for pregnant girls didn’t have classes hard enough for me. I excelled at math and science and most of the curriculum at these schools were around parenting. Much to my chagrin, my parents flew me from Michigan to Utah for a homeschool for teenagers that had therapy and counseling and left me there against my wishes until after the baby was born.

My English teacher gave me an assignment to research my options for the baby and write an essay explaining what is best. This made me realize how hard it was going to be to raise the baby at 15. Especially because I wouldn’t even be old enough to work until almost 2 months after the baby was born and the dad, or “sperm donor” as I like to call him, had disappeared when I told him I was pregnant. Because of this, I started considering adoption. While visiting my brother in Arizona over the holidays, I watched a movie called “Immediate Family” and it hit home watching the birth mom struggle with what to do. After watching the movie, I decided adoption was the best route and started on my journey to find the perfect family for my child.

At the school in Utah, I lived with some kids who had been adopted and asked them “What was the hardest part about being adopted?” They all said, “Wondering why my birth parents didn’t want me.” I WANTED my baby, I just knew I couldn’t care for him or her! It gave me knots in my stomach thinking the baby wouldn’t know this, so I decided to look for parents who would agree to an open adoption. Because if I could stay in my child’s life, they wouldn’t have to feel like I didn’t want them. I started calling ads in newspapers and reviewing profiles provided by the adoption agency I was working with. It wasn’t an easy process. Most couples weren’t open to me staying in the child’s life. Some were only willing to allow pictures and phone calls the 1st year and then nothing after that. I even had some people tell me they only wanted a white baby, my child was black, Mexican, Romanian, and white.

I found the perfect family who lived in my hometown! The mom was biracial herself and because they lived so close, they even offered to allow me to be the baby’s sitter! Unfortunately, when I was 7 months pregnant, the mom unexpectedly became pregnant and was a high-risk pregnancy and needed to be on bedrest so they could no longer adopt my child. I started to wonder if this was a message that I should keep my baby but I kept looking and found another family in Illinois. They had two biracial adopted children, the mom herself was adopted, and they agreed to an open adoption! We talked frequently by phone over the next couple of months of my pregnancy to start to get to know each other.

The parents flew to Utah to be there for a scheduled C-section and the mom was even in the room when our daughter was born. They chose her first name (Kelsey) and agreed for her to have my middle name (Darai). I let them be the first to feed her so they could start developing a bond but asked that she stay in the hospital until I left. Naturally they were nervous I might change my mind but I told them I’d still sign the papers at the 24 hour mark, I just wanted her to stay until I left the hospital.

I remember when the “officials” came to collect my signature. I was laying in the hospital bed, holding Kelsey in my arms, sobbing. I couldn’t even see the line, but I signed it. I get teary-eyed and a knot in my throat remembering this moment, but I don’t regret it. I had written a letter to myself in case I started to change my mind, but I never had to read it. Instead, I put it in her baby book that I keep at my house.

Due to adoption laws, the Mother and Kelsey had to stay in Utah for a week or so before they could fly home, so we were able to spend some time together before she flew to her home with her new family. I sobbed uncontrollably as I watched her board the airplane. I was so glad my parents were there to comfort me as I cried walking back to the car.

I lived in Utah for about another month receiving counseling to deal with my grief before I moved back home to Michigan. For the first 7 years of her life, I visited my daughter every month or two. My mom or dad always went with me and for about the first year, I’d cry myself to sleep on the way home in the car, but I eventually got used to it. When I graduated college and moved to Arizona, monthly visits became impossible and turned into annual visits. My parents continued their relationship with Kelsey and her adoptive family, visiting regularly including summer vacations.

Not only was I able to have a relationship with Kelsey, I also developed a close bond with her siblings. Neither of them had open adoptions, so I think I served this purpose in a way for them. I started calling Kelsey’s sister my “adopted birth daughter” when she was younger, and she still refers to me as “Ma”. My dad put it perfectly “We didn’t lose a grandchild, we gained two.” Even my grandma sends all three kids Christmas and birthday cards! And my brother took Kelsey’s sister on a European trip with his family! 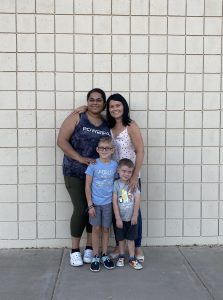 Fast forward to her adult years, Kelsey was a maid-of-honor in my wedding and has a relationship with both of her brothers (currently 5 and 9). The guest room in our home is referred to as “Sister Kelsey’s room” by her brothers, we see her every year, and talk/text frequently. She continues to have a relationship with my family, and I keep in touch with her mom and siblings who both have kids of their own. When her father passed away, I flew out to be there for his funeral. We talk often about her moving out to Arizona someday, which I hope happens! But she’s finishing her medical program in Illinois and her mom’s health has declined and needs Kelsey there to take care of her. We’ll be waiting with open arms when the time is right!

It was one of the hardest decisions of my life, but the right one for us. Kelsey and I have had many conversations about my decision. I know we both sometimes wonder “what if” but we both know I made the right decision. I’m so lucky to have found a family who would let me stay in her life! I’ve been able to watch her bloom into an amazing young woman and she’s witnessed me build a successful career and raise two wonderful brothers! I think we have motivated each other. 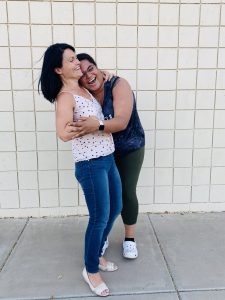 Erica Gentile is an East Valley mom, executive in a local woman-owned business, and owner of Gilbert’s Kid-to-Kid location. She is a fierce advocate for moms in all walks of life. 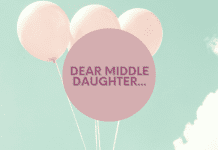 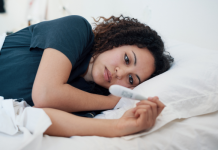 Infertility and Loss: the Things We Don’t Talk About, but Wish We Did 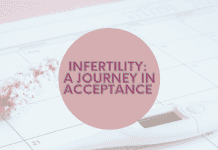