Raise your hand if you’ve felt personally victimized by a threenager?

Great, Me too! So you are well aware that the age three is magical and amazing, but also literally the worst freaking age ever! This is what us moms have started referring to our kids as a threenager.

3 year old’s (aka a threenager) are full of sass, anger, confusion, love, independence, curiosity and every other emotion you can think of. When they get an idea, in their adorable little brains, that idea is going to happen, no matter what!

When I had my baby last year, I had a fresh new threenager on my hands too.  Yikes. This was the time that my son decided to get one of those amazing 3 year old ideas and make it happen no matter what.  If you read my post about Tackling Two Milestones at Once I touched on his brilliant idea briefly.

I present to you his “hair” 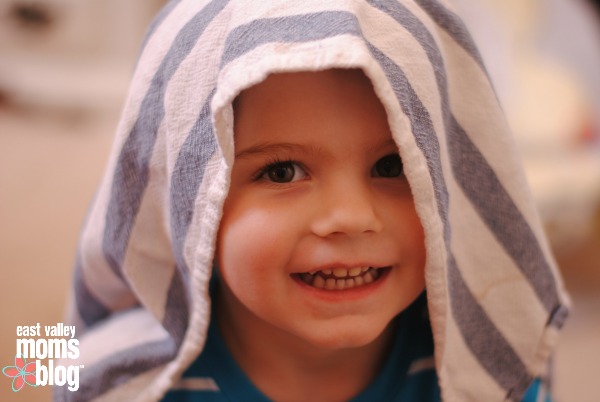 Yes, that is a dish towel draped ever so elegantly over his pretty little head. He got an amazing idea to wear a dish towel on his head every day, all day, and every where we went. At first it was funny, then after a week of it, we were like okay kid, that’s enough. We tried to get him to stop but he was persistent about making sure he had “hair” on his head.

We just stopped and looked at him and thought, if this is what he wants to do, then this is what he will do. It wasn’t hurting anyone, and it made him happy. We thought maybe it was his way of dealing with the new intruder in the house, baby brother.

We set some boundaries, like no “hair” at Church, and certain places but…

We let him win

He was the star of my snapchat, Cam-Cam Snaps became a thing. Bet’s were wagered by friends and family on how long he would wear this “hair”. It became fun and entertaining, instead of a frustration, because we let him win this weird little battle. 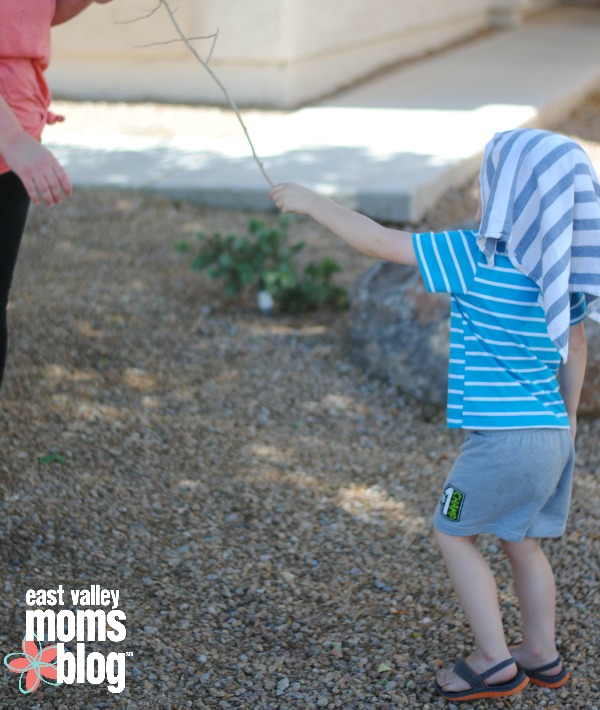 He doesn’t wear is “hair” any more, it phased out, but now being an older and wiser age of 4, he’s moved on to bigger and better things, pretend dresses. LOL! On to the next pick your battle moment with him. 🙂 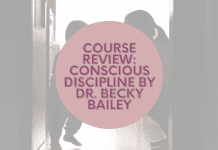 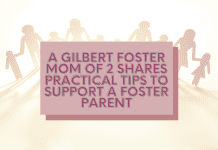 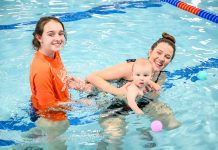 5 Practical Pool Safety Tips from a local Gilbert swim school (plus a giveaway!)