Summer is fast approaching and soon enough your kids are going to be bored, looking for things to do, and wanting you to entertain them.  One of our favorite things to do, and to help us beat the heat, is to catch a summer movie.

With many theaters now offering reclined seating, and of course all the yummy treats, it’s a great way to enjoy the summer and stay cool. 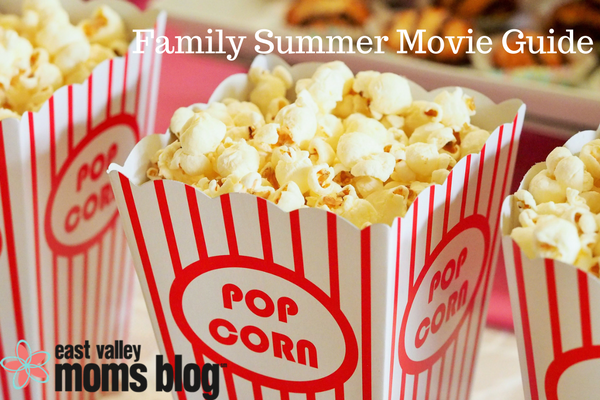 This one may be more for your older kids, but the Star Wars franchise will release another movie in the end of May. Solo will follow the story of Hans Solo as he meets his future copilot Chewbacca and will pave the way for one of Star War’s most unlikely heroes, Lando Calrissian.

Incredibles 2 (not yet rated): JUNE 15th

In this installment of the Incredibles, Elastigirl leaves the home to save the world, while Mr. Incredible becomes a stay at home dad and is left to take care of Violet, Dash and Jack Jack.  When a new villain comes along and threatens to take everything away, the Incredibles put their plans on hold and take on the new challenge.

The monsters from Hotel Transylvania are back for another installment, Hotel Transylvania 3: Summer Vacation. Join them as they embark on a cruise for a much needed vacation as a family. A romance begins when Dracula meets the ships’ captain and falls in love.  Mavis spends her time keeping Dracula and the ships captain apart, before discovering she is a descendant of one of Dracula’s nemesis’.

Teen Titans Go! To the Movies (not yet rated): JULY 27th

The fun and hilarious television show is coming to the big screen this summer! A villain’s maniacal plan for world domination sidetracks five teenage superheroes who dream of Hollywood stardom.

Relieve the moment when you fell in love with that adorable bear, this heartwarming movie is for the whole family. A working-class family man, Christopher Robin, encounters his childhood friend Winnie-the-Pooh, who helps him to rediscover the joys of life.

We also like to enjoy something most theaters offer called the “Summer Movie Pass.”  It is budget friendly which we are thankful for.  In past years we have purchased a pass from Harkins, to see 7-10 movies throughout the summer for a discounted rate.  These movies are older movies, usually that have been released in the last year, but still can be fun for families.  My kids look forward to this every summer.

Another benefit of purchasing one of these passes is the theater is nothing but children, so you don’t have to worry as much if you have a toddler that won’t sit completely still during the movie, or if your child is interrupting the person in front of you.  In a room full of kids everything is more relaxed and enjoyable.

So whether its seeing a movie you’ve seen multiple times, or catching one of the new releases, be sure to put a  summer movie in your plans! 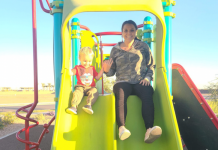 Where We Play: Mesa, Queen Creek, and Gilbert with my 3 year old and Newborn boys 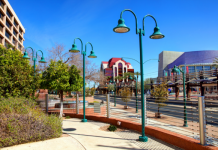 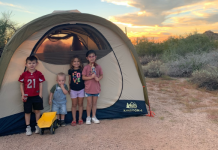 Where We Play: Mesa, Queen Creek, and Gilbert with my 3...