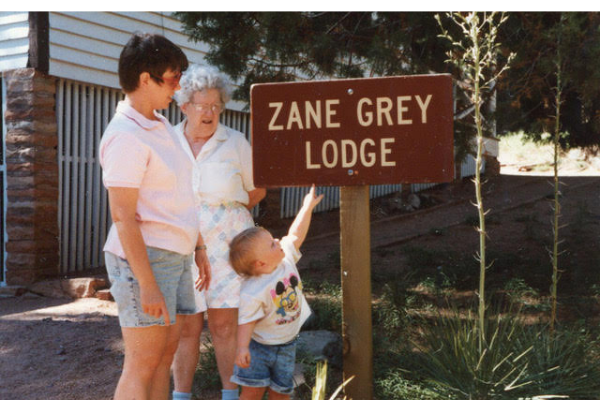 Here come those long, slow days of summer. Time for swimming… fun in the sun… picnics… vacation! Everybody loves getting away from the routine; even a well-loved routine.

But invariably after a few days (or weeks) away from home, we tend to think longingly of the familiar: our own bed, our own yard, the dog, maybe the cat (maybe). We’re ready to go home. Over the years, I found there is one way a family can go on vacation and yet enjoy familiar comforts.

Some of the best vacations are of the repeat variety.

When Amy was little, John and I packed up the whole team every September: Amy, Grandma, Grandpa, Uncle Jack, Uncle Joe, and the dog. To Payson we would go for rodeo weekend. 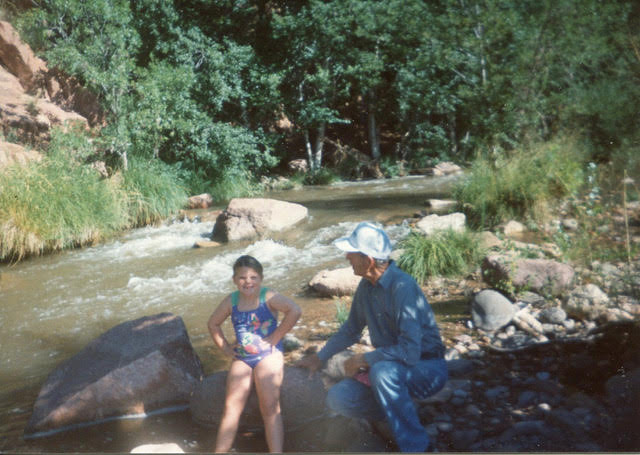 We stayed in the same cabin every year (except one when we had to move down the street). Some of our photos are priceless – like the ancient and docile bull named Oscar that roamed through the cabin’s backyard thanks to free-range laws. Other annual memories were playing pool in the rec room or skipping rocks with Grandpa along the creek.

Favorite getaways aren’t always family affairs. In the 90’s, Amy and her dad were in the YMCA’s Parent-Child program and went on four campouts a year.

It wasn’t always the same campground but the tent, the stove, the other little girls and their dads made these days of “roughing it” among of their best shared memories.

Same with sending Amy up to summer camp in Prescott. A few things changed from year to year—different counselors, a new cook, more grown-up activities, but old friends, silly skits and favorite camp songs under an open sky never lost their charm. 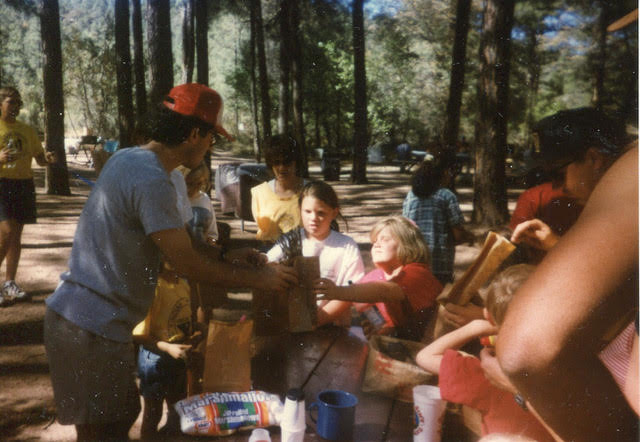 What made these vacations memorable wasn’t the fancy accommodations or exotic destinations. It was the idea of “coming home” once a year to get away from it all in a place we knew well.

Anticipation was half the fun, looking forward to having a cup of coffee on the same front porch every morning, waving at other vacationers as they rode by on rented bicycles, eating a greasy hamburger on the corner of Walk and Don’t Walk — just because we always did.

Our parents did this, too!

When I was growing up in Southern California in the 1960s, my family rented a beach house for a week or two most every summer. At least one trip was made to Balboa Island to ride the Ferris wheel and have a frozen banana.

Another day we’d take a drive to Laguna to see the famous greeter, Eiler Larsen (I’m sure you’ll have to google that!). After years of standing on the same Pacific Coast Highway corner in Laguna waving at cars as they drove into town, this bearded vagabond became famous. Nowadays he’d just be labelled as “nuts!”

In Michigan in the 1950s, my husband’s family went to Lake Kashagawigamog in Ontario, Canada (don’t you just love saying that?). 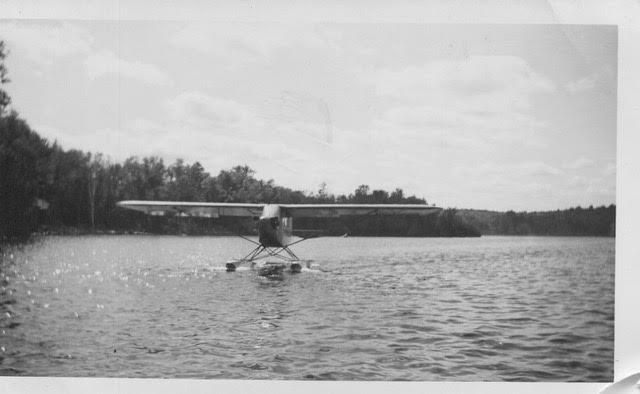 He remembers the French Canadians and their 11 children who owned the resort. It was always a “same time next year” proposition as his family coordinated their visit with other vacationers.

Fond memories include his first ride in a Piper Cub Sea Plane, paddling in his Dad’s homemade canoe, cold nights in the lodge forcing card players to rotate their places around the table to get closer to the warmth of the fireplace. And lots of golfing…nine holes before breakfast, nine holes after breakfast, and another nine between lunch and dinner. 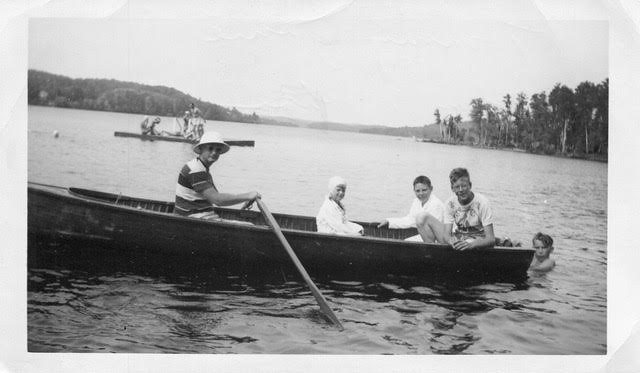 Over the years, certain experiences were cemented into my memory bank.  After a while, they all blurred together until they became a part of me – a huge part of what makes me, me.

So, before deciding where to go on vacation, think about where you went last time (probably pre-Covid). Maybe a return trip would be a good idea. 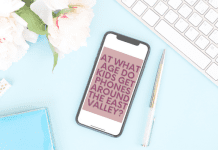 At what age do kids get phones around the East Valley? We polled local moms 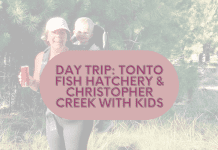 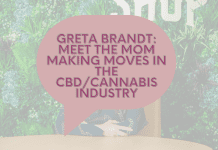 Lindsay Olivarez - August 12, 2022 0
The East Valley is bustling with local business and we at East Valley Moms love introducing you to some of our favorites.  This post...