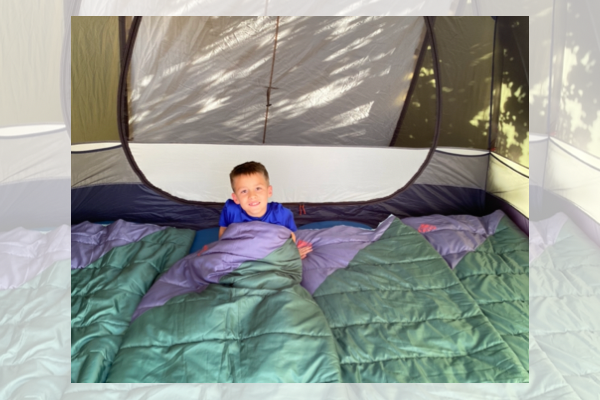 My twins were turning 9 and after nearly a decade of birthday party planning, I drew a blank of something with novelty for them.

Amy, Cara and Kim had recently done a mommy + me desert camping trip and when Amy mentioned the company that set-up the campout also did backyard campouts, I knew we had found our party theme, especially since my twins had yet to have their first sleepover.

Read on for how we hosted a backyard campout birthday party for our twin boys while also supporting a local small business!

But seriously, Campsite Outfitters transformed our everyday backyard into a space the boys felt like was truly theirs for the party.

We called the campout “Camp Loken” (our last name) and the boys were pumped to have their own space for the party, to be camping (their first time) and for it to be their first sleepover. 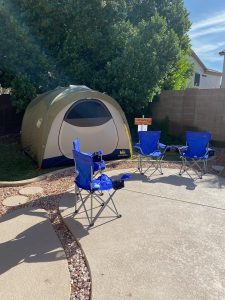 Campsite Outfitters came a few hours before the party to set up the campout. We’re talking about a four-person tent, sleeping pads, sleeping bags, camp chairs and lanterns.

All the equipment was so clean and well-maintained, it really felt like we were borrowing a good friend’s gear, not renting it.

It was amazing to have the hardest part of the party set-up for us, giving me the freedom to focus on the fun of seeing my boys get excited for their party.

After dinner, before the campout portion of the party/sleepover kicked off, we took the kids to Uptown Jungle to wear them out–I figured their first sleepover adrenaline might keep them up later than I really wanted (especially after contributor Lindsay’s experience with her daughter’s first sleepover last year!).

They jumped for nearly two hours, then we came home for birthday cake and camping.

The boys wanted to do their own thing (again, the privacy of having their own tent in the backyard was such a novelty), so we didn’t do any big themed activities or anything like that. Boys create their own adventures, and that’s exactly what happened.

A few fun things to add to a backyard camp

out that we had thought about (before being veto’d by the birthday boys) were:

A note on sleepovers 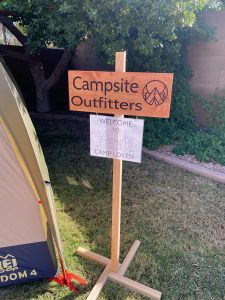 First sleepovers can be overwhelming for everyone. We opted to keep ours small. It was my twin boys, their cousin and my BFF’s son. Honestly, with the camping set-up being for four people, it was a great reason to keep it intimate.

We kept the food offerings simple and familiar so that everyone felt comfortable with the food. (For dinner, we let the boys pick their favorite fast food on the way to Uptown Jungle, because in our house, that’s a real treat because we don’t do it often.)

We’ve noticed there are an increasing number of families we’ve heard from, including some on our contributor team, who have decided that sleepovers aren’t something that they’re comfortable with for their family.

That’s okay, and just remember, a declined invitation from another family has nothing to do with you, or your household! It can feel like it’s a distrust towards you personally, or as a parent, but I encourage you to not overthink another family’s rules and comfort levels. 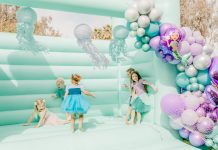 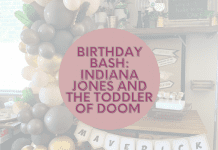 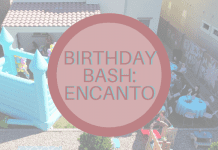