I am the mother of a strong-willed little girl. I’m not joking when I say we start our battle of wills at 5:30 AM and carry them on throughout the day until bedtime approximately 14 hours later. I wish I could say it’s only been like this since she turned 2 or 3 or 4, but this child came out with her eyes open and ready to fight (me).

Her name is Braylin and she is something special. I don’t say that because I’m her mother, I say that because there are very few people that meet her that don’t tell me she is special, amazing or some other positive description of this child. It started when she was an infant and people would stop me in the store and just tell me how beautiful or alert she was. She has always been in the single digits on the growth chart, so I think a lot of it had to do with her being smaller than her age. I mean, I got some weird looks when she started walking around 9 months but was the size of the average 6 month old. I get it, it didn’t look normal.

We started our fight when she was a tiny 5 pound newborn that was struggling to regain the weight she lost after birth. Daily weigh-ins, a million different formulas, reflux medications, a milk protein intolerance and so many sleepless nights trying to breastfeed made for some resentment on my end. As a new mom, I could do nothing to make her better and while I did everything I possibly could in those first months, I often felt like it was her versus me (which sounds absolutely crazy to say out loud). 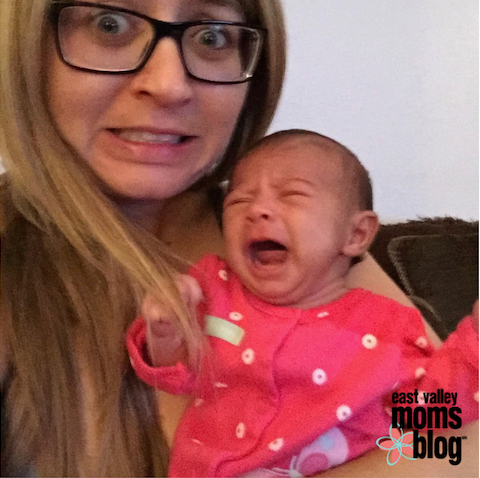 At some point, she got better. We found our groove and had an almost blissful period between 4-6 months…then she became mobile. She went from crawling to standing assisted in the blink of an eye. She was small but she was mighty and she was not going to let anyone stop her. Around 9 months she began walking with some help and just before 10 months we had a walker. The thing with Braylin is, if she is mad, she is going to let everyone know it. To this day I don’t know how the handful of neighbors we have had over the last 4.5 years have not called DPS about the screaming child next door. With her new found independence of walking, I learned I had a sneaky little girl who would make my days at home with her as eventful as possible. She would go from independently playing to straight up hysterics because I failed to get snacks out fast enough.

By the time she was 2, I felt like we had more bad days than good. She would wake up with a grievance and spend most of the day making sure I knew how upset she was. After a particularly rough couple of days I took her to the pediatrician because I was sure she had an ear infection or SOMETHING. I left that office with two prescriptions: one for a strong-willed, precocious child and another for patience (for myself). The most frustrating thing about all of it, is she saved most of her extreme behaviors for me. With family or out in public (mostly) she was delightful. 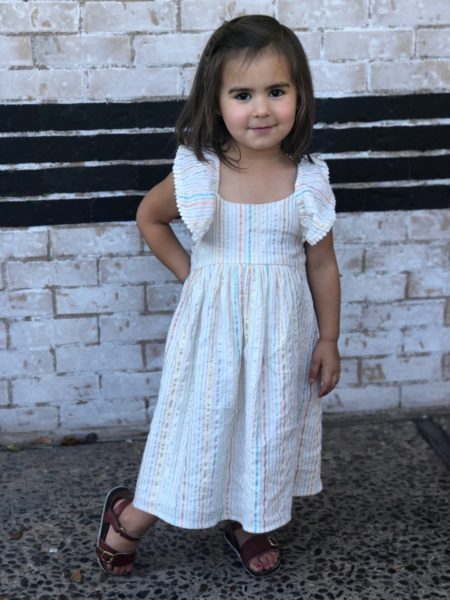 Now she’s 4. She starts preschool for the first time and I’m sitting here reflecting over the last 4.5 years with her and while there have been some insane struggles, there have been so many incredible moments that I could write a book about. She is the child at the grocery store that strikes up conversations with complete strangers and by the time she is done, she knows their name, how many kids they have, what their favorite color is and what is on their grocery list. She is the kid at the park who will approach another kid (any age) and ask them to play with her and when it is time to leave she is asking their parents if they can come meet us tomorrow to play some more. She remembers EVERYTHING and just when I think I’ve finally gotten something past her, she proves me wrong. She is friendly, outgoing, intelligent and silly. She feels every emotion so deeply, I live in fear for the first time she encounters someone not as friendly at school. She’s either going to be distraught or fight them. I will report back with a post about this in the future.

I used to spend hours awake a night wondering how I could change her, how could I make her fit in this box, the box I thought she needed to fit in to make MY life easier. Now I know that Braylin doesn’t fit in a box. That’s the funny thing about motherhood, at some point you realize that they are not here for you, you are here for them.

I often joke that she will be president one day…of the United States or a major crime organization. I know my purpose as her mother is not to stuff her in a box, but to show her how to channel her drive and strong will into something amazing. I also get the job of keeping her grounded, telling her no and teaching her boundaries, all of which will surely give me grey hair, wrinkles and one heck of a motherhood trophy (those should totally be a thing). 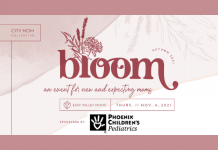 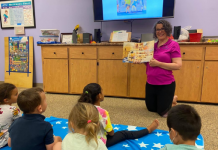 At Home: 4 Ideas for Exposing Diversity through Music to Kids 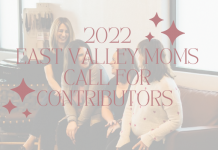 East Valley Moms - October 13, 2021 0
An event for local East Valley women who are expecting for the first time, are a new mom, or are thinking of expanding their...